For some unknown reason (okay, the weather people probably know, but I don’t get it) we are in the middle of full winter.  On the west coast.  We don’t get winter, per se, on the west coast.  We’re supposed to get lots rain and the occasional hint of snow.  At the moment, though, we are below zero and snow has been on the ground for nearly a week. 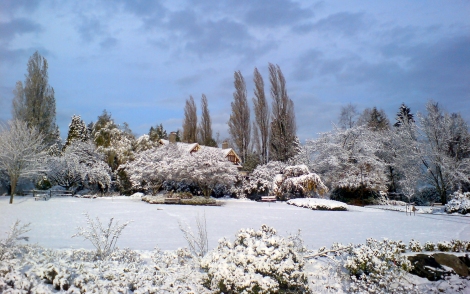 But this little bit of snow has meant that the festive season is being pushed with even more intensity at the malls, in the stores and in day care.  We’ve been attending holiday clay decoration classes, we’ve been learning Christmas songs and we’ve been counting down until d-day: no one is allowed to even consider putting up decorations until December 1.

The Kid has become a Christmas craft machine. 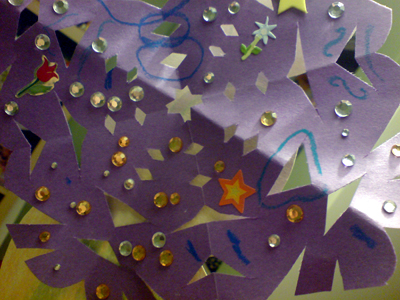 She is covering every piece of scrap paper (much of which she creates in the process) in sparkles and snowman themes.  She’s gleefully following me to the craft store to pick more crafty bits out the of dollar bin. 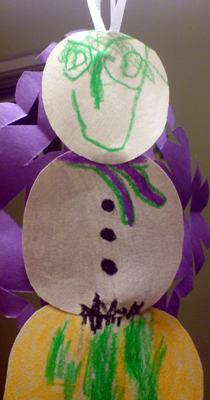 It’s the time of year to skip the dollar bin at the craft store and make a larger-than-usual donation to the local food bank and donate a clothing hamper.

And, while it’s one thing to do that, how do you make it obvious to a four-year old in the process?